You are here: Home / Fashion / A Comparison of the Royal Christenings 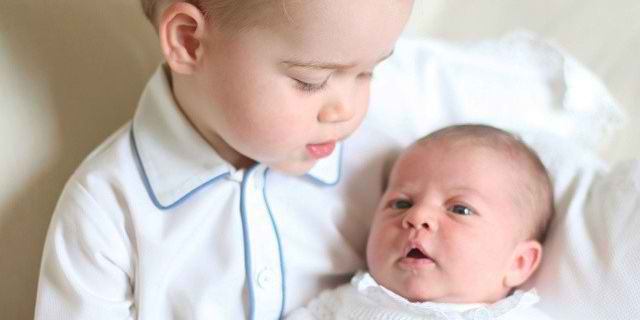 When it comes to events involving the royal family, it is inevitable to gain a lot of attention. Two of the events that have proven such were the baptisms of Prince George and Princess Charlotte. The adorable kids of Prince William and Kate Middleton, even at a young age, have already been headliners all over the globe because of their baptisms. Comparing these two significant events we can see how they are different from each other but if there is one thing that they are similar with, it would be the fact that both christenings were overloaded with royal cuteness.

Prince George was baptized at Chapel Royal at St. James Palace on October 23, 2013. The last well-known royal baby baptized in this chapel was Princess Beatrice in 1988. This chapel is also popular because this is where Princess Diana lay before her funeral. On the other hand, Princess Charlotte was baptized at The Church of St. Mary Magdalene in July 5, 2015. It is located in a country estate of Queen Elizabeth II. The baptism specifically took place at The Lily Font, which is known for being valuable, just like the Crown Jewels.

The official photographer during the christening of Prince George was Jason Bell while Mario Testino took charge of the photos for Princess Charlotte’s baptism. Bell had the reputation for having photographed some of the most popular names, including David Beckham, Johnny Depp, and Kate Winslet, among others. Testino, on the other hand, was known for the portrait of Princess Diana published at Vanity Fair before she died in 1997. He also took the official portraits during the engagement of the royal couple in 2011.

In any royal event, the way people dressed is sure to be talk of the town. Both Prince George and Princess Charlotte wore a gown that has been commissioned by Queen Elizabeth II and a replica of the Victorian robe of the Royal Family, which was first used 172 years ago. When it comes to the wardrobe of their parents, in both baptisms, Kate was seen wearing dresses by Alexander McQueen, who was also the genius behind her wedding gown. A blue suit, on the other hand, was worn by Prince William in both events.

The baptism ceremony of Prince George was followed by an afternoon tea at Clarence House. Princess Charlotte’s baptism, on the other hand, had an afternoon tea session held at Sandringham. In the two royal christenings, only 22 guests were invited in an intimate ceremony and they were served a tier taken from the wedding cake of their parents.

The graphic below from Little Doves does a great job of showing the comparison!

Hello to all you bloggers and readers out there. If you’re on this website, then you have some common interests with me about fashion and makeup, girly stuff. My name is Amy … END_OF_DOCUMENT_TOKEN_TO_BE_REPLACED