You are here: Home / Celebrity & News / A different view 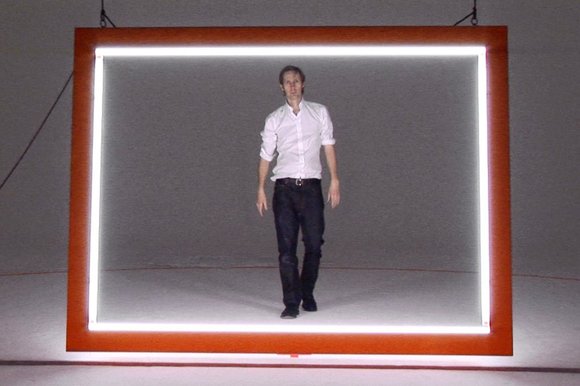 In a 30-year career, Nick Knight has shot everyone from Sophie Dahl to Kanye West. On the eve of his Halloween exhibition, he talks about the death of photography and why he isn’t interested in ‘sexy’ fashion

The term “fashion revolutionary” is bandied about a great deal and is rarely deserved. But in the case of the polite, unashamedly intense photographer Nick Knight, it can be legitimately applied. Even if you don’t know his name, you will recognise some of his famous images — the artwork for the Lady Gaga album Born This Way, for example, or Kate Moss styled as Aladdin Sane. Over the years, friends such as John Galliano, Yohji Yamamoto, Alexander McQueen and Björk have all returned repeatedly to work with him. He was the creative consultant on Anna Wintour’s punk Met Ball, and this month his website, SHOWstudio, which focuses on producing fashion film content, got the Kanye West interview that everyone wanted. During the years Kate Moss never gave interviews, she, too, jawed freely with Knight on his site.

Brands clamour for proximity to his artistry and gravitas, but he will only work with the right ones. Previously that has included Nike, Lancôme and Levi’s; Veuve Clicquot is the latest. “These aren’t clients that give me money and I go and do what I’m told — they have to want to do something exciting and within the SHOWstudio agenda,” he says.

In what will become an annual event, the champagne house has ditched the polo “to do something much more cultural”, as Knight puts it. This year (there will be a different creative each year), it has put its trust in Knight’s vision of the pagan festival of Halloween, staging an exhibition and films curated by him. He has taken over the old Central Saint Martins building and, with the help of collaborators such as Gareth Pugh, the film-maker (and his former assistant) Ruth Hogben and Amanda Harlech, has created a hybrid of The Amityville Horror and fashion week. “I was interested in levels of anxiety. We all enjoy watching horror films, and yet when we look at fashion imagery, we want it to be bland. Let’s create fashion imagery equally as challenging.”

Knight has volubly criticised the fashion industry for presenting too narrow an ideal of beauty, making him both an insider and outlier of the fashion establishment. In 1997, he persuaded Alexandra Shulman, the Vogue editor, to run a story with the size-16 model Sara Morrison. Shulman called it a “celebration of the flesh” and “strictly a one-off”. But Knight has not stopped shooting women who don’t fit, as he puts it, “the mono ideal of the female form”.

In 1998, in a shoot called Fashion-Able, he shot Aimee Mullins, a double amputee who went on to open McQueen’s SS99 show. Years before Advanced Style and Iris Apfel’s rise to prominence, he shot old, grey-haired models for a Levi’s advertising campaign. Now he delights in “the massive power shift away from all the Vogues and the dictators of fashion”, and it’s Kim Kardashian’s body type he champions. “Kim has 75m followers [now 84m on Instagram and Twitter combined], and her body shape is a lot more influential than anything coming out of fashion,” he says.

Tessa Kuragi is currently his favourite model. The @Showstudio_Nick_Knight Instagram feed is peppered with images of her between others of the “roses from my garden”. (At one point he got so tired of fashion that he stopped working for nine months to take a series of photographs for Plant Power, a permanent collection at the Natural History Museum, for free.)

For all that, one image of Kuragi, smothered in snakes and bound to a pole in 6in heels, wouldn’t strike many as progress for women. In another Kuragi shot, fabric is pinned directly into her flesh. Beneath it, she has commented: “Will treasure the scars.” Knight defends this. “She is heavily into her bondage and fantasy life, so it’s her, that’s her thing.”

This is not about Knight’s sexual desires. “Sexy is what interests me least,” he says. “It’s like a parody, Carry on Fashion.” He graduated from Bournemouth & Poole College of Art’s renowned photography course in 1982: “Everything I reacted against was the portrayal of sex in fashion photography. I always hated the Baileys and the Newtons and Bob Richardsons. I didn’t see why women should be portrayed that way. I disliked it, and I didn’t want to know about the photographer’s sex life.”

Instead, among his influences he includes protest music, JF Kennedy’s assassination and skinhead culture. He was caught up in the Paris riots as a boy in the late 1960s: “It gave me an early awareness of the strength of self-expression and not to go along with what authorities tell you to do.” And then there was his mother, a physiotherapist, artist and antiques dealer. “My mother changed four or five times a day, for lunch, tea, cocktails, dinner. She loved clothes. When she died, she was having a dress made by McQueen.”

He admits his initial motivations for the voluptuous Vogue shoots were personal: “I did it because there is a range of people one falls in love with. I fell in love with a person first, and that person happened to be more curvaceous.” The person in question is his wife, Charlotte Wheeler, whom he met in 1986. Now she is his agent, executive producer and mother of his three children. He describes his success as “ours”.

For a man who thrives creatively in the constant flux of fashion, Knight’s appearance has the rigour of tradition. His dress is precise and considered, practically a uniform: bespoke Kilgour suits and Frank Foster shirts, Levi’s 505s and Tricker’s brogues. He lives in the same place his parents built in Richmond in 1957, the year before he was born. When he met Charlotte, he had it rebuilt by the architect David Chipperfield.

What consistently sets him apart is his vision: he wants to shape the future of fashion imagery. Last week, he launched the SHOWstudio Fashion Film awards. He believes that this young discipline is a far superior way to show clothes. He long ago declared photography dead and rebranded himself a “generalist” and “image-maker”.

Things that seem quite normal now were done first by Knight — sometimes a long time ago. Technology and the internet have caused seismic changes across fashion in recent years and Knight embraced it early. In 2000, he launched his website, SHOWstudio, which is dedicated to new technology and streaming everything to do with fashion imagery — historians, illustrators, designers, models and film-makers all get a look-in. There is also an ecommerce element where clothes, props from shoots and art projects are sold.

He loves transparency and accessibility in a way that traditional elites rarely do. Indeed, this interview itself was filmed. Instagram, which he calls “the global street”, is where he does much of his casting, and he thinks certain fashion designers are the real artists. “Commercial art galleries just leave you feeling poor.”

Until a few years ago he and his co-founder, Peter Saville, funded the site from their own pockets. Now, with commercial backing, money is going to the young talent he nurtures. Perhaps the most extraordinary thing about Knight is his generosity of spirit in a business that can be cruel. He says: “It’s not a very caring industry to be in. To some degree, people are looking for friends, someone to care about them, and I care enormously about people and want them to do well.”

Former interns attest to this. One tells me: “Every day, on his way up to his office, Nick always pauses to greet all the interns and assistants. He is on first-name terms with them all, asks what you’re working on and gets you involved in the best projects. Whenever there’s a birthday, there’s a huge sit-down tea party with a gilded tea set and cakes from Ottolenghi.”

In the fashion industry, that really is revolutionary.

Hello to all you bloggers and readers out there. If you’re on this website, then you have some common interests with me about fashion and makeup, girly stuff. My name is Amy … END_OF_DOCUMENT_TOKEN_TO_BE_REPLACED