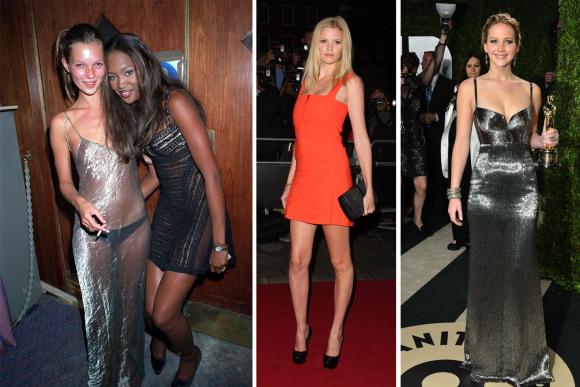 Do you own anything by Calvin Klein? If there isn’t a 1990s slip dress or a pair of trousers from your first big job interview hanging in your wardrobe, chances are you’ve spritzed your neck with CK One, or at the very least pulled down a pair of Calvin boxers.

Rare is the First World female who hasn’t come into contact with Calvin Klein. According to Women’s Wear Daily, Calvin Klein is now the most recognised brand in the world, with global retail sales of $7.6bn last year.

The American powerhouse was founded in 1968 by Klein, the Bronx-born figure who was once one of the beautiful people shimmying at Studio 54. In 2003, he bowed out of frontline fashion when he sold his brand to Phillips-Van Heusen, which is also behind Tommy Hilfiger. He’s rumoured still to have a $6bn stake in the company and is currently spending some $73m creating his minimalist dream mansion in the Hamptons. His was a vision of perfection, with a heady mix of sex and danger thrown in. From Brooke Shields and her “Nothing comes between me and my Calvins” ad, to the “heroin chic” days of Kate Moss, Calvin campaigns were part of the pop-culture pantheon. When Klein stepped down, Francisco Costa (formerly of Oscar de la Renta and Tom Ford’s Gucci) stepped up.

Costa, the women’s creative director of the Calvin Klein Collection, is a Brazilian pocket rocket. He’s tanned, with teeth as white as only bleach can manage (they match his Calvin Klein Oxford shirt perfectly). We’re in a very “Calvin” meeting room — white walls, a black table and chairs, and nothing else. He’s sweet-natured, earnest and low key to the point of being awkward. I can’t imagine him generating the taboo-busting headlines that dogged Klein’s career — he prefers gardening (green foliage rather than flamboyant blooms are his flora of choice). His most glamorous moments don’t involve Fire Island house parties stars, as his predecessor’s did. Instead, he talks about creating collections he’s proud of, such as the one inspired by the futuristic concept of buying colour-coded, prepacked clothes from supermarkets.

He may not be a natural-born hedonist as Klein was, but he knows how to spot a world-beating beauty. Costa recalls Lara Stone’s first Calvin Klein runway show. “I remember smoking crazy cigarettes with her… and I was just smoking nonstop,” he says in his pacy Brazilian accent. Finding Stone was his “Kate Moss” moment. “I think there’s an inner strength [to the Calvin girls],” he says. “I think they’re very fierce, and there’s a sense they’ve lived. There’s a level of ease and simplicity. Kate’s only getting better, you know? You’re never sick of her. After Lara did our show, she became quite popular and other houses adopted her. She was a tomboy. Bone structure to die for.”

Calvin Klein has never been about hawking a vision of nostalgic Americana like Ralph Lauren, the other big American lifestyle brand; it’s the opposite, hingeing on a vision of modernity and metropolitan sophistication. “The clean aesthetic is so much a part of what we do,” Costa says, and the Calvin Klein Collection sits at the top of the brand pile, adding class and runway appeal to a label that might sell in Harrods, but also shifts £20 boxer shorts at Sports Direct.

So it falls to Costa to keep Calvin Klein aspirational. His first collection in the job was panned for not being “Calvin” enough. He could have crumbled, but instead he set about restructuring the brand’s modern, minimalist message. “I wouldn’t have been so successful if I had tried to do Calvin like Calvin did Calvin,” he says. “Calvin is very methodical. There was a pragmatism. Very consistent. I am very consistent, but sometimes my creative side takes over.”

His modern-day interpretation of minimalism isn’t just a retro revival of Klein’s glory years; for Costa, it has a political and intellectual currentness in fashion. “We want an environment that is free of clutter. You want your life to be easier, you want to dress in something that speaks of quietness and luxury at the same time,” he says. “There is a sense of destruction out there, you know, the excess. But also I think there is a sense of rehabilitation or intervention. Or perhaps reuse and recycling. My mode is not really one of the minimalist but probably more reductionist — I’m about the editing.”

So what does that edit mean for his wardrobe? “I have two pairs of jeans, about 50 white shirts and seven tuxedos, and I wear the same shoes over and over. That is the way I live.”

Recalling the spirit of the 1990s, kids from Camden to Cardiff are posting archive Calvin Klein shots on their Tumblr accounts, and bidding for slip dresses on eBay. “There has been a 1950s-housewife look in fashion for the past 10 years — the waist with the strong skirt silhouette,” Costa says. “There’s a bravery on the streets now and kids are looking for something different. I’m not sure if it’s necessarily 1990s, but it’s certainly freedom of expression. It’s vital to reinvigorate and create something new, and I’m totally for it — I think it’s fantastic.”

But how easy is it to sell clothes that look so simple when, in the world of online shopping, print and colour are everything? “I’m not sure how accurate it is to say that people don’t buy black dresses. Black is my bestselling category,” he says. “It is, for me, the best colour across the board. The Instagram thing, that movement is serious — and it’s fun. That is perhaps how I started this collection this season.”

Indeed, the SS14 Calvin Klein Collection was made with Instagram in mind, inspired by the work of the graffiti artist Jean-Michel Basquiat — not a natural Calvin Klein bedfellow. This year marks Costa’s 10th at the label, and among the signature black-and-white shifts in the new collection, there were shades of peach and green, texture and colour, even stringy woollen fringing. It felt like a departure from what had gone before. “It’s right for now,” he says. “I couldn’t go back and do the 1990s like the 1990s, you know?”

Hello to all you bloggers and readers out there. If you’re on this website, then you have some common interests with me about fashion and makeup, girly stuff. My name is Amy … END_OF_DOCUMENT_TOKEN_TO_BE_REPLACED