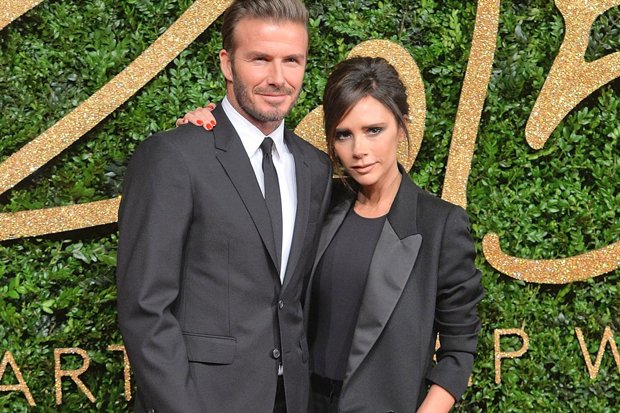 There was a time when dressing for the red carpet meant pure, unadulterated glamour. However, at the British Fashion Awards on Monday night it was full-on tribal warfare.

The step-and-repeat at the London Coliseum became the latest disputed territory in the taste war between the fashion crowd and the celeb posse. It was easy enough to tell which side was which: the former either wore black or Gucci (the industry’s favourite label du jour) and the latter barely wore anything at all.

Mollie King from the girl band the Saturdays took to the carpet with her boyfriend, the professional posing pouch David Gandy, in a PPQ gown slit so high you could tell not only what she’d had for lunch but also her favoured type of bikini wax. There is, apparently, underwear available for this sort of dress; it resembles a sort of orthopaedic stirrup. Whether she was wearing one is just about the only thing yet to be revealed. Tacky doesn’t even begin to cover it — and neither did her dress.

Compare them with Victoria and David Beckham, who arrived in matching tuxedos — his from Burberry, hers from her own label and worn with a simple black T-shirt underneath — as if to remind everybody how far they have come since they wore the same Versace biker jacket. They’re very much fashion now, rather than celeb. And so the dividing line was drawn.

Amanda Harlech, Anna Wintour, Lily Allen and the elfin Edie Campbell all turned up in sober shades of Chanel (excepting Allen’s blue rinse), in homage to the house’s creative director Karl Lagerfeld, who received the outstanding achievement award. Wintour’s one nod to levity came in a floral appliqué jacket (that’s her all out of levity now until late 2016).

The Alexander McQueen designer Sarah Burton wore printed black silks, Liv Tyler was in a Stella tuxedo and Kate Beckinsale posed in Grecian-draped black Vionnet. Thank goodness for the singer FKA Twigs, recipient of the fashion innovator award — she was the evening’s shot in the arm, in a black satin Calvin Klein slip-dress over wide-leg trousers, prompting further speculation as to why on earth she is dating undead square posho Robert Pattinson.

Speaking of which, so keen was Samantha Cameron to show that she too had received the all-black fashion memo, she even teamed her Antonio Berardi ensemble with sensible black opaque tights.

And then there was Cheryl Fernandez-Versini in a custom Topshop look that was pretty as far as it went, but which for some reason was also entirely transparent, showing off a pair of pants so enormous she could have shared them with poor Mollie King. And Lady Gaga in crimson Tom Ford encrusted with paillettes and finished off with webbing that looked like it was growing on her.

In Rosie Huntington-Whiteley’s silver Burberry gown we finally reached peak boobage — that’s the act of exposing an amount of breast usually reserved for the shower. Thanks to side-boob, under-boob and all the other boob geography so common at award ceremonies these days, we’ve become completely inured to exactly how ridiculous dresses such as this are. Just imagine somebody wearing it to the pub: they wouldn’t have a moment’s peace. Naomi Campbell, dressed in a monochrome babydoll and cape by the same label, looked infinitely cooler and more modern.

Fashion points also go to Georgia May Jagger, who co-ordinated the embroidered snake on the back of her sheer but crucially not-see-through gown with the one on the back of the designer Alessandro Michele’s jacket, to whom she presented the international designer gong.

Sure, there were some editors who “did’’ colour — Katie Grand in new season silver Prada, and Vogue Japan’s Giovanna Battaglia, who teamed a striped shirt with sheer frothy tulle by London’s hottest talent Molly Goddard (not a look for the timid). There were even some celebs who pulled it off, too. Poppy Delevingne wore candy-striped Emilia Wickstead with matching collar. (You hear that, Rosie H-W? Delevingne is so fashion she won’t even show us her clavicle!) Gwendoline Christie was all silver-screen icon in gold Vivienne Westwood, and Alexa Chung looked fab in off-the-shoulder, tapestried Erdem.

But if there was a winner, it was the fashion crowd over the celebs. There’s nothing as chic as understatement — as the reappearance ofAb Fab’s Patsy and Edina halfway through the night reminded everybody only too well.

Hello to all you bloggers and readers out there. If you’re on this website, then you have some common interests with me about fashion and makeup, girly stuff. My name is Amy … END_OF_DOCUMENT_TOKEN_TO_BE_REPLACED