You are here: Home / Fashion / Inside fashion: come the revolution 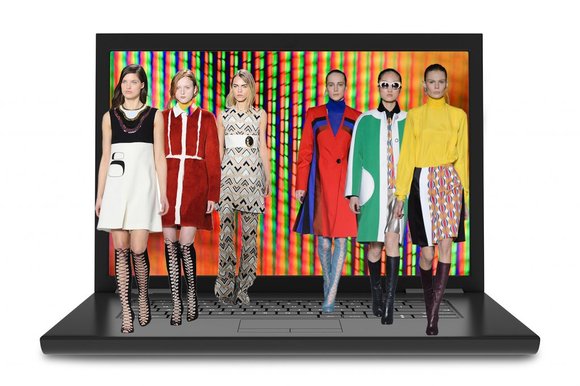 While many of you are reading this, I will be sitting in the front row of the Topshop show at London Fashion Week. You may be enjoying a leisurely Sunday-morning bacon butty, but I am deep into fashion month. The biannual caravan of fashion that started in New York last week is now in London, heads to Milan on Wednesday, and Paris the week after that. For me, for the foreseeable, there are no weekends or weekdays. There are only fashion shows. Each one costs a small fortune to put on, and each fights for increasingly diminishing Instagram returns.

2016 is shaping up to be fashion’s year one, the point it finally wakes up

Apart from the social-media element, the designer industry has been run like this for decades — and it’s all so 20th century. Luxury fashion is ripe for revolution, and the forces of change are gathering. Riccardo Tisci is reinventing the fashion show. When he flung open the doors of his Givenchy show in New York to 200 fashion students and 820 fans, on a first come, first served basis, it signalled the new era of the fashion show as entertainment event, aimed not only at an elite band of insiders, but also at regular folk. Tisci has always understood the power of populism (the Kardashians are a staple at his events). Now he’s using it to propel high fashion towards a new audience.

Meanwhile the digital inertia of many luxury brands looks set to end, with 2016 promising to be a key moment for online shopping. The Yoox and Net-a-Porter merger goes through next month, creating the biggest luxury ecommerce site in the world. Farfetch has responded by opening a division to build online platforms for other brands. Next year Chanel goes digital, and Condé Nast’s Style.com will launch, bringing together publishing and shopping in a way never been seen before.

Meanwhile LVMH has hired the Apple executive Ian Rogers as its new head of digital to ensure that it won’t be left behind. The number of luxury naysayers — Prada and Céline are not available to buy online — is fast diminishing as a new idea of luxury, available when and where you want it, takes hold. All this means that big-name designer brands will be even more accessible to an even wider audience in more individual ways than ever before.

We’ve come a long way since the first livestream of a catwalk show in 2009 with Alexander McQueen’s Horn of Plenty show. That was also the year in which the blogger Bryan Boy sat in the Dolce & Gabbana front row, cementing the power of fashion’s online voices. In 2010, Instagram, the most fashion-friendly of all the social media, launched. That same year Burberry allowed customers to shop online direct from its catwalk, and in 2013 it introduced a Twitter “Buy” button.

All these advances have built up to this moment: 2016 is shaping up to be fashion’s year one, the point at which it finally wakes up to the 21st century. The future starts here.

Hello to all you bloggers and readers out there. If you’re on this website, then you have some common interests with me about fashion and makeup, girly stuff. My name is Amy … END_OF_DOCUMENT_TOKEN_TO_BE_REPLACED