You are here: Home / Entertainment / Why Are There So Many Idiot Men On Tinder? 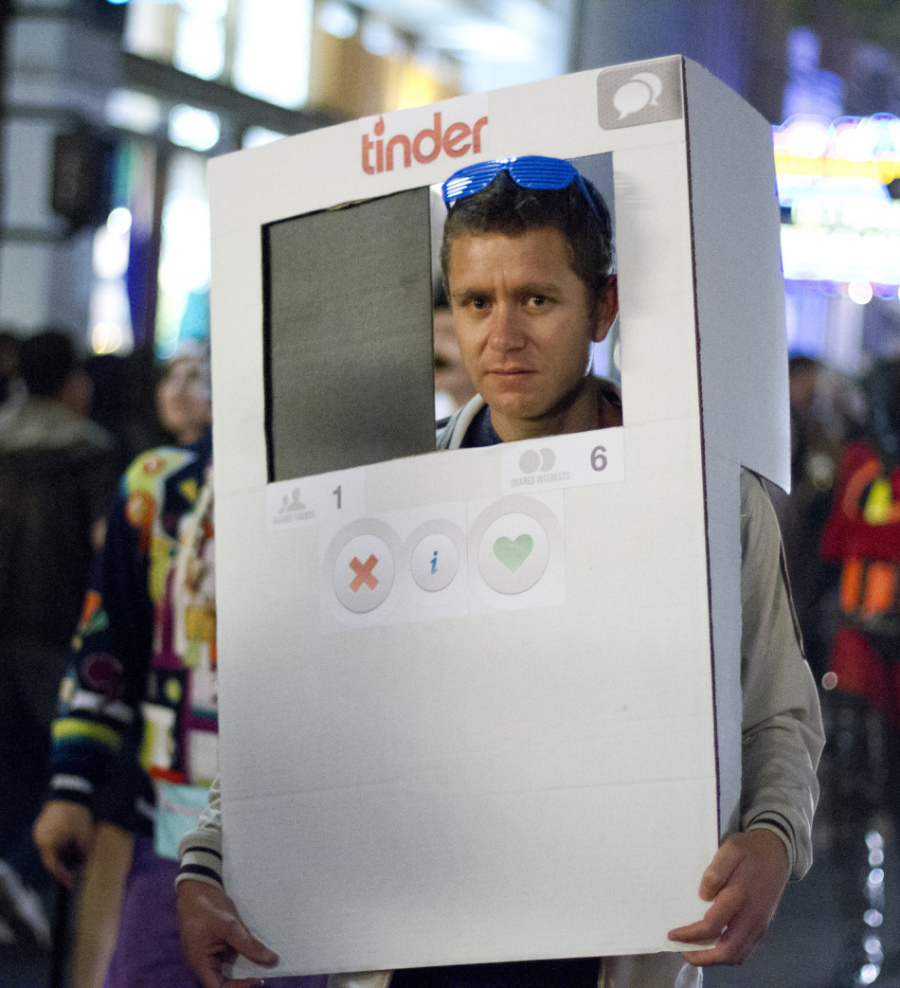 Is it me or has the dating world gone mad? No, not just the dating world, the world in general?! EVERYTHING is done in cyberspace. Shopping, booking holidays, finding directions. Now meeting people. What the hell did people do before computers and the Internet were invented???

Tinder is a dating App that matches people together based on Facebook profiles and their locations.

The app actually links itself to Facebook profiles using their name, age and photos. From many reviews and research it is clear most likely you won’t be able to find your match on Tinder.
It is suppose to help you find your perfect relationship match but instead most of the uses are seeking more than a hug but no strings attached.

Women are finding Tinder to be a whole world of sleazy men looking for one thing in particular.

When woman ask to see a photo they receive nothing but usually a naked or sexual photo that they find offensive and immature. What men use for conversations on Tinder is described as nothing but vulgar and off turning. For example, men are known for writing things to my friends such as, ‘Wanna send me a picture of your boobs’? or ‘Pretty lips want me to pull my pants down’?  This is simply offensive to women and should not be allowed.

Tinder has taken away the old fashioned bump into each other in the supermarket and exchange phone numbers. This way the first question would be ‘where are you from, what are your hobbies?’ etc. But good old Tinder offers men who believe it’s ok to make the first question ‘How big is your rack’ Or ‘Do you have any better looking photos’. Tinder ruins the self confidence of woman because when sending a picture to a man, the men are honest and abrupt replying with something like, ‘Your face is ugly, or you’re too fat’ so within being on Tinder for only a few hours a woman’s confidence can be shot right down. Tinder gives men a reason to have more negative interaction with woman as they type just letting their abrupt thoughts out freely.

Tinder becomes quite addictive and can give false confidence to woman if they post a cute picture of themselves and men comment and seem interested but then in the end they just disappear or have moved onto someone else. Some men on Tinder simply cannot be trusted and it can be a worry for the vulnerable woman who gets sucks into meeting these men and they are not at all what you thought they were.  People forget that lying, cheating, untrustworthy men can hide behind a profile sending fake photos and plenty of fake information to get the woman interested, so she ends up right where the men want her and the end result can sometimes be different to what you had hoped.

Tinder simply cannot be trusted to supply a fun, exciting and trusting experience. Women are plain to the point they are sick of the sleazy men on Tinder as well as the men who judge and aren’t afraid to insult and humiliate someone instead of just saying something nice. So my advice to you is stay away from Tinder unless you want to receive offensive pictures of men and vulgar conversations.

This article was provided by World Wide Wales Team.

Hello to all you bloggers and readers out there. If you’re on this website, then you have some common interests with me about fashion and makeup, girly stuff. My name is Amy … END_OF_DOCUMENT_TOKEN_TO_BE_REPLACED