You are here: Home / Fashion / Why Oliver Peoples will always be a classic 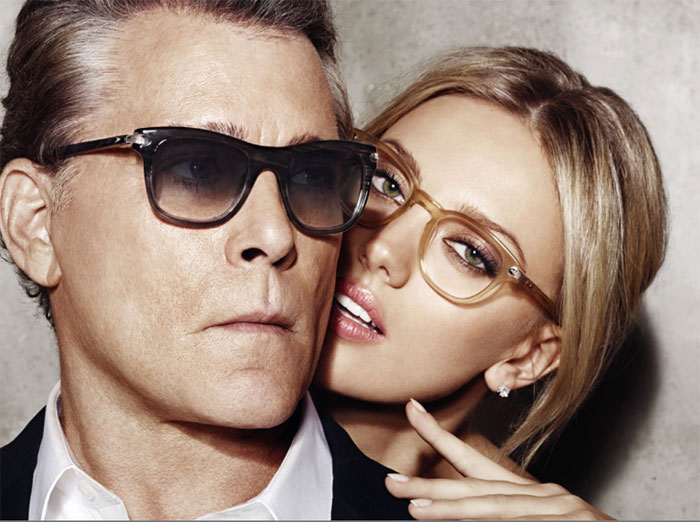 Oliver Peoples Sunglasses set themselves apart from other designer brands. It’s hard to put your finger on what makes the brand feel so alternative. Their sophisticated collections are free from the garishness that many other products hinge their designs upon. Using the high quality materials and unique colourings, Oliver Peoples offers a product that is unique in appearance and also eminence.

The brand has a rich history and continuous endorsements from celebrities which aid them in their bid to remain in a key position within the eyewear industry. Let’s look at some of the key interesting facts that add colour to the brand.

The brand was established in 1987 and its first boutique situated in West Hollywood appeared on the cover of German Vogue. Needless to say Oliver Peoples took off rather quickly.

The name ‘Oliver Peoples’ predates the brand. The company was named after one of the receipts that the founders picked up in their first order of frames. On finding out that the real Oliver Peoples had no family, they decided to create a long lasting legacy for the guy.

The first advertisement for the brand was titled ‘Working Opticians’ and actually featured employees of Oliver Peoples making an O’Malley Frame.

To mark the 50th anniversary of To Kill a Mockingbird, Oliver Peoples manufactured a model of the exact pair of glasses that Gregory Peck wore in the film adaptation. Co-founder Larry Leight was able to get hold of the original pair as Gregory Peck’s son, Tony Peck is a huge Oliver Peoples fan. When visiting the store Tony happened to mention that he still had the frames. Not bad for a bit of small talk.

The classic vintage look that Oliver Peoples adopted was all thanks to the stock market’s turbulence. The Co-founders believed that during times of financial hardship, people like to go back to classic things. They value products that look good and last for a long time.

The Oliver Peoples brand has featured in many Hollywood films. In 1997 Bruce Willis wears a variant of the O’Malley style frame in The Jackal. In the 1999 film Fight Club, Brad Pitt wore three variants of the 523 style Oliver Peoples Sunglasses. Perhaps most famously, in the 2000 film American Psycho protagonist, Patrick Bateman and his colleagues are all seen wearing the shades.

Julia Gillard, former Prime Minister wore a pair of Ashton in Red Tortoise Gradient when she announced the date of the 2013 Federal Election. It was the longest election campaign in Australia’s history, lasting 9 months.  Very recently Barack Obama swapped his Ray Bans for a pair of Oliver Peoples OPPL sun shades. He showed off his new shades as he returned from a family vacation in Hawaii.

In 2006 the Oliver Peoples was acquired by Oakley for $46.7 million. However the brand was sold to the Luxottica Group just one year later in 2007.

Co-Founder Larry Leight has a son named Garrett, who is also big in the eyewear industry. This year Larry and Garrett announced that they have come together to create a new eyewear brand called Mr. Leight. This family affair will no doubt be successful due to the amount of experience the pair have between them. The new brand is set to arrive in 2017.

Oliver Peoples has always been obsessed by music, a notable addition to the 2009 & 2010 TV commercials which were unique with their choices of music. However did you know that Oliver Peoples produces its own music compilations? They like to reflect their alternative image with alternative music.

Oliver Peoples continues to be one of the most popular eyewear brands. Whilst they still have the ability to design and manufacture ‘vintage’ looking frames that appeal to the intellectual, the eyewear brand will continue to decorate its timeline and colourful history.

Hello to all you bloggers and readers out there. If you’re on this website, then you have some common interests with me about fashion and makeup, girly stuff. My name is Amy … END_OF_DOCUMENT_TOKEN_TO_BE_REPLACED