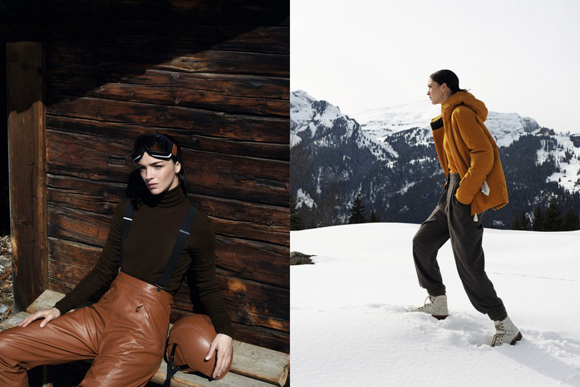 Attention all party people! This season, just like last, you need to get yourself down to Verbier. Not only has the resort gone and got itself a stonking new W hotel (which promises to be fun central), it has also redirected the main piste to come out on the newly created Place Blanche. So, at the end of the day, you can finish skiing on the doorstep of the newly opened Ice Bar. Bring it on!
What makes it such a party destination, then? One of our number called it a “hang-from-the-rafters riot shop” — need we say more? The key to this resort is the fact that it offers different levels of partying: from snug cocktail bars through to plush lounges and full-on raves. Most of the action takes place along a 400-metre strip, which also helps the party vibe. Hotel Farinet usually kicks off the après-ski with cheap jugs of beer, cocktails, shots and banging music, then it’s on to Casbah or the Coco Club (although expect to step into old-school banker territory with that one).
Where’s best to head? The newly opened W boasts a W Living Room, Carve destination bar and Off Piste, an outdoor après-ski bar on the Place Blanche. Plus, there are regular favourites such as L’Ice Cube and Le Rouge — good luck skiing home.
What’s the music like? It’s a mixture: some of the newer bars are bringing in talent from Ibiza such as the Spanish DJ and Pacha veteran Liz Mugler, but you can also head to the Farm Club for some cheese.

Ever wondered where hipsters head to ski? Take a look at Are, a small town and resort in central Sweden that has some of the best skiing in northern Europe, and which has taken over from Whistler and the North American resorts as the go-to destination for the younger, cool crowd. This season, it has become easier and cheaper to get there, thanks to Ski Safari, which is selling tailored packages to the resort for the first time.
Swedes, you say? So, impossibly gorgeous folk all round? It’s fair to say that there’s a whole lot of blonde hair and blue eyes going on. But don’t let that put you off — the general atmosphere is relaxed and friendly. Are is often described as a mini-Stockholm.
Apart from staring at the beautiful people, what is there to do? Loads. The ski conditions at Are are perfect for both first-timers and more advanced skiers (many pros live there), plus it offers some seriously impressive night skiing and sled-dog adventures. For those who don’t want to hit the slopes every day, there’s a good selection of shops and spas.
Where should we stay? For the brave, there are snow igloos high up on Mount Areskutan for up to six people, or those looking for a bit of Scandi sophistication should try the Copperhill Mountain Lodge.
And is the après-ski any good? Yes. It’s not as rowdy as other resorts, but if you’re looking for a laid-back scene, then you’ve got it. The restaurant at the Buustamons Fjallgard hotel is the place to be seen — the lunch menu starts at £6.50 — and Bygget is a nightclub, bar and restaurant extravaganza, which features cool live bands.
So just how affordable is it? Quite. A six-night self- catering package at the three-star Are Fjällby apartments and one night in an igloo starts at £742pp with Ski Safari (skisafari.com), including return flights from London and shared shuttle transfers.

As the playground of the rich, famous and incredibly privileged, this Swiss resort isn’t everyone’s idea of fun — but if you’re looking for some A-list action (and to drop a fair few grand in the process), then it might just be for you. NB: exclusive is not a dirty word.

Will I spot some celebs, then? You can’t swing a pair of salopettes without hitting an A-lister here. The British royals Harry, Beatrice and Eugenie are all fans, as are Madonna, Sean Connery and Valentino, although it’s worth pointing out that most folk look the same in ski gear.
What is there to do there? Well, when they’re not skiing, Harvey Weinstein, the Cavallis and the Delevingnes all like to party the night away at the Gstaad Palace hotel. For those looking for something more relaxing, the Alpina has introduced a programme of holistic wellness retreats in its Six Senses Spa, and the New York-based curator Neville Wakefield and the artist Olympia Scarry are opening a conceptual exhibition, Elevation 1049, in the new year.

Fond of your food and not happy to put up with chicken schnitzel and fries for your lunch? Then Val Thorens may be for you. Part of the purpose-built Trois Vallées ski area in the French Alps, it is the highest resort in Europe and is generally regarded as offering some of the best cuisine around.
So the food’s good, then? You bet. Jean Sulpice is a two-starred Michelin chef, who serves up seasonal French fare. Other local favourites are L’Epicurien, in the Residence Village Montana, and Le Blanchot, which both offer stellar dishes, and down the valley in St-Martin de Belleville is the Michelin-starred La Bouitte. Bars such as La Folie Douce create the après-ski buzz.
And where should we stay? Hotel of the moment is the superstylish Altapura, which has three restaurants: Les Enfants Terribles, offering revamped classic dishes; 2.Mille.3, which has a terrace facing the Caron peak; and La Laiterie, which serves up four regional fondues. Go on, fill yer boots.

This article was provided by http://www.kayakingplus.com/

Hello to all you bloggers and readers out there. If you’re on this website, then you have some common interests with me about fashion and makeup, girly stuff. My name is Amy … END_OF_DOCUMENT_TOKEN_TO_BE_REPLACED